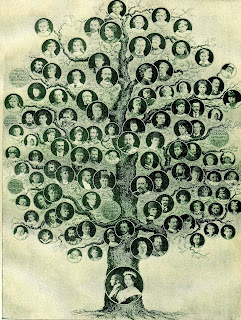 Written by guest-contributor, gang member, and Ani DiFranco expert-in-residence, Ms. B.K. Cardigan.
There is a danger looming over us all. It is a movement powered by an all encompassing agenda, bent on the destruction of our entire way of life. It is the movement.... for cousin marriage. Across our great nation, people are "coming out" of the family closet and declaring their eternal, romantic love for their first cousins. They are demanding the right to marry, the right to access this sacred institution we as good Americans cherish. But they won't stop at marrying each other. Soon, they'll be teaching the concept of "kissing cousins" in schools. And once they've reached a critical mass, the door will open to other attacks on marriage. Before we know it, people will be marrying their siblings, uncles, and grandmas. That's only a hop, skip, and jump away from people marrying their dogs. Their dogs will want to marry their cats, and --
Oh, wait, cousin marriage is legal in 26 states. That's right, all you have to do is reside in any one of more than half of our United States and you are legally permitted to marry your first cousin. What unwholesome, backwards states they must be! We are talking about places like Connecticut, New Mexico, and Florida. Is nothing sacred? Clearly, the answer is no.
But has any of this led to an apocalypse? Also a clear answer. Protecting the freedom of people to marry those they fall in love with doesn't actually have a measurable effect on anyone-- other than for the people involved. I wish someone would tell California, Maine and New Jersey that. I guess they're too busy marrying their cousins to listen.
Posted by Before Gay Marriage at 9:30 AM 3 comments:

Pharmaceuticals: Not Your Mamma's Side Effects 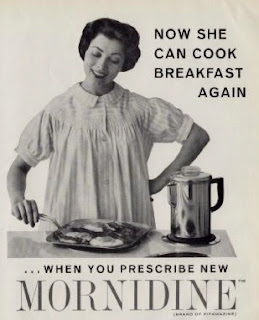 For generations psychologists believed that homosexuality was a treatable, medical condition. Just flip an electrified switch or pop a pill and presto-change-o, you're straight! Think of the crazy side effects a magic straight pill might provide. After taking the pill do you wake up surrounded by half-eaten cheeseburgers, power tools, and the remnants from an obvious late-night run to the casino? What's that you say? Those are actual side effects brought on by existing FDA regulated pharmaceuticals?! Of course they are.
Today, when Americans seek pharmaceutical help to quit smoking, lower their cholesterol, cure their tingling legs, or lengthen their eyelashes (?!) they have a boat-load of side effects with which to deal. Some are mild and common, like slight nausea or drowsiness. But what about Chantix, the drug that eases nicotine addiction? Apparently, it also produces hallucinations and night terrors! Alli, the weight loss drug, forces its users to bring an extra set of pants wherever they go, because it's a lock that you are going to crap yourself. Other drugs hold the promise of amnesia, sensory taste loss, rainbow urination, compulsive gambling, intense sexual urges, suspicion of others, suicidal thoughts, and death. Is your restless leg syndrome worth death? The FDA must think so. . .
What is the threshold for the severity of these side effects? Sure, the consumer has some responsibility, but what will it take for the FDA to properly test and regulate the drugs they release to the market? In the mean time --since we can't get gay married-- anyone want to experiment with that colorful pee thing?
Posted by Before Gay Marriage at 5:36 PM No comments:

Advanced Drinking: Super-Booze and You 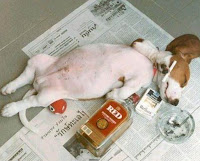 Feeling depressed that you and the (same-sex) love of your life can’t get hitched? Too cheap for Xanax? Well, there’s always alcohol. Plentiful, potent, legal, alcohol. And don’t waste your money on the fancy stuff, my friends! That’s not for drowning sorrows. Instead, we recommend grade-F rat hooch, the stuff of brown bags, the stuff of wacked-out dreams.

But be advised, there are states in our union that do not want you to consume to your heart’s content. Some wussy states don’t even allow the sale of 151-proof. That’s why all freedom-loving boozehounds should pack their bags for Iowa, Missouri, North Carolina and Montana where you can purchase 190 proof alcohol without teetotalling legislators crawling up your backside. Plus, when you are not putting back H2Whoa, you can use your grain alcohol as stove fuel, house cleaning solvent, or antiseptic for wounds (and depending on the previous night, all might be very necessary).

Right about now you are asking – what’s the big deal? A hangover isn’t such a terrible thing, I mean, they made a movie about it. WRONG. (Well, technically, yes they did make a movie called “The Hangover,” but wrong that it’s not a big deal – read on and we’ll explain…) Alcohol poisoning kills hundreds of people every year. Death becomes a potential “side effect” once your blood alcohol concentration reaches above .30 %. How many shots of 190 proof would it take before you are high-five-ing the Grim Reeper? Well, that is a delicate calculation of height, weight, food, time, and the movement of the western wind, but the short answer is probably around six servings for the average individual.

Ever wonder why you and your beloved can’t file your taxes jointly but you can self-medicate with grain alcohol? Why you can literally kill yourself with booze but you can’t say “I do”? Well, we haven’t figured it out either.

Posted by Before Gay Marriage at 12:38 AM No comments: 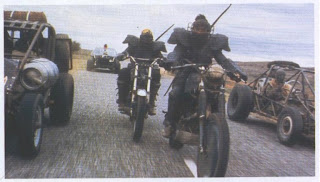 With the recent rulings against marriage equality, it could be time to hit the road and do some soul searching. Hop on that Harley and make for the hills. Don't you love how the wind feels as it whips through your long, salt-and-pepper mullet? Do you love that more or less than a face full of gravel? Well, with the relaxed helmet laws in 25 states you can have your cake and eat it, too.
When ripping along at 75 miles per hour it seems like a good idea to put something between your soft skull and the hard pavement. However, Iowa, Illinois, and New Hampshire have no laws concerning the use of a helmet or protective gear while operating a motocycle, moped, or bicycle. Twenty-two other states have suggested regulations, but only for citizens under the age of 18. Which makes perfect sense, given the thickening of the skull that occurs during the formidable high school years.
Do you think helmet-related motorcycle accidents occur everyday? Of course they do, silly! So, you've got to wonder what the 25 states in our union without helmet laws are playing at. Perhaps the most curious is the commonwealth of Pennsylvania, where helmet laws were actually reversed following the near-fatal bike accident of their beloved, fugly hero, Ben Rothlesaklsjgnaald-name-guy. It's almost like they learned nothing from his head-first collision with the Earth.
So, if you're ever feeling constricted by the laws trying to box you into a hetero-sexist union, just recreate your favorite Road Warrior scene on the back of the biggest, loudest hog you can find. But if you're planning on getting on behind Mel Gibson, make sure that's not short for Melanie, because gay marriage still isn't legal.
Posted by Before Gay Marriage at 3:38 AM No comments:

Before Gay Marriage
A collection of ridiculous and incredible things our nation has seen fit to legalize before gay marriage.

Things That Were Legalized Before Gay Marriage's Fan Box

Things That Were Legalized Before Gay Marriage on Facebook